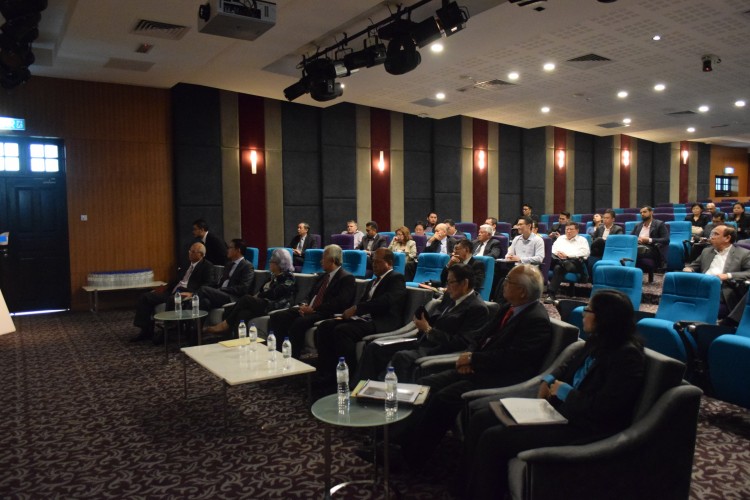 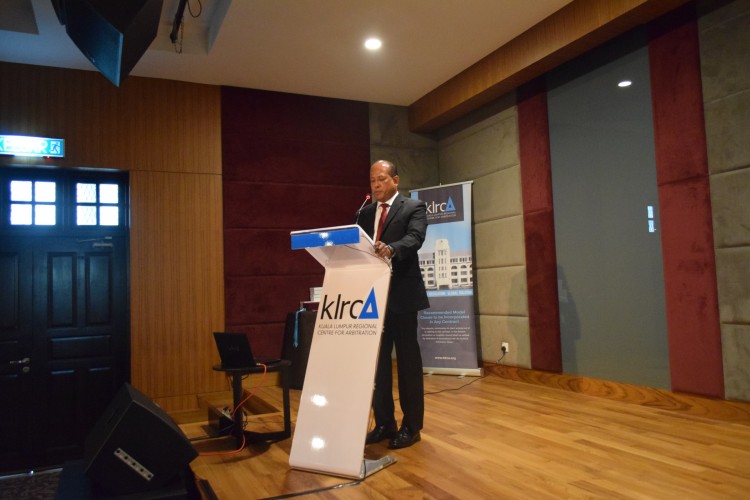 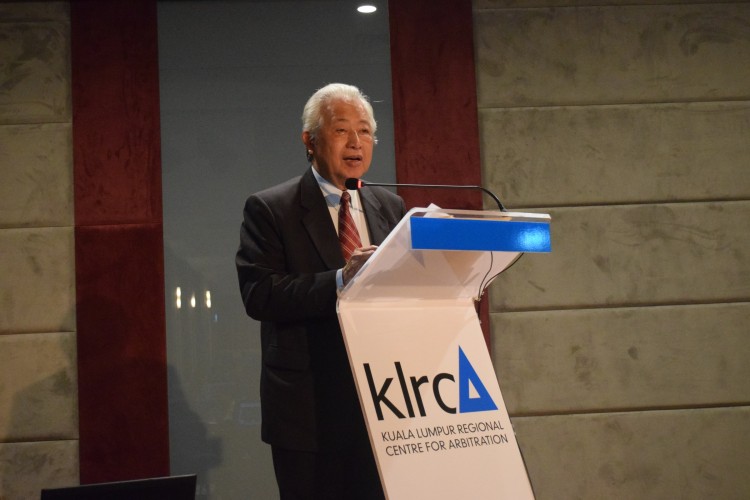 The month of February began in ceremonious fashion as the KLRCA hosted a signing ceremony between the Centre and its slightly older regional counterpart, the Indonesia Board of Arbitration (BANI). A jointly organised seminar between both Centres was also held in conjunction with this special occasion.

A mixture of international lawobservers and local legal practitioners began filling up the KLRCA auditorium as early as eight in the morning. An hour later, a packed hall greeted the arrival of the representatives from BANI and the panel of distinguished speakers who were set to take stage later on.

Proceedings for the morning kicked off with KLRCA’s Director, Datuk Professor Sundra Rajoo taking stage to deliver his welcome remarks. BANI’s Vice Chairman, Dr Harianto Senidja soon took over the rostrum to present his opening address. Formalities for the morning continued with the official signing of the ‘Collaboration Agreement’ between the Kuala Lumpur Regional Centre for Arbitration (KLRCA) and the Indonesia Board of Arbitration (BANI). This significant agreement will see both parties jointly organising seminars, conferences and educational training events on arbitration from time to time with the aim of enhancing each party’s contribution to their respective nations.

With the conclusion of the customary photography session and exchanging of mementos, it was time for the ‘KLRCA – BANI Joint Seminar’ to kick into gear. The objective of this seminar was to highlight key issues on the developments and role of the Centres in International Arbitration. Three separate sessions were to follow, with the audience being taken through the Malaysian perspective and the Indonesian perspective for each topic.

Back on stage to present the Malaysian perspective of the first session, ‘The Development of Arbitration and the Role of BANI/KLRCA’, was Datuk Professor Sundra. He began by presenting KLRCA’s origins and current range of products and services, before going on to illustrate in detail of KLRCA’s commitment to the ASEAN movement and collective efforts. Datuk Sundra concluded his presentation by revealing KLRCA’s current focus on developing new areas of the alternative dispute resolution industry that included; Medico-Legal, Sports Arbitration and Maritime Arbitration. Up next to present on the Indonesian perspective, was Husseyn Umar, Vice Chairman of BANI. The speaker officially introduced BANI to the audience before expounding on its history, services and current segregation of caseloads according to the many different business sectors. Husseyn concluded by touching on the significant arbitration articles available in the Indonesian legal framework and the Centre’s future development plans.

A quick networking break soon followed before proceedings continued with the second session of the seminar titled, ‘International Arbitration – The Judicial Perspective’. First to take stage to present on the Malaysian perspective was Former Judge of the Court of Appeal of Malaysia, Dato’ Mah Weng Kwai. The attendees were taken through the initial Arbitration Act that was introduced in Malaysia and the subsequent amendments that followed. Dato’ Mah then presented a brief summary of instances of court interventions permitted under the relevant articles before providing in-depth illustrations of numerous cases linked to the instances. Professor Mieke Komar, Former Justice of the Supreme Court of Indonesia then took over the podium as she presented on the Indonesian perspective. Professor Mieke touched on the functions and jurisdictions of the Indonesian Supreme Court and The District Court of Central Jakarta before providing and elaborating on several cases pertaining to the courts’ involvement with arbitration dealings.

The third and final session of the day titled, ‘ASEAN Economic Community’ was similarly broken down into two parts; the Malaysian perspective and the Indonesian perspective. First to take stage was Sabarina Samadi of Zaid Ibrahim & Co. She started by briefing the audience on the definition, objectives and dynamics of the ASEAN Economic Community (AEC) before comparing the legal frameworks being used in the ASEAN member states. Other areas touched upon were the advantages and drawbacks of international arbitration in the region and the current trends that are being absorbed by the ASEAN community. Wrapping up the third session was the morning’s final speaker, Gusmardi Bustami, Former Indonesian Ambassador to the World Trade Organisation, Geneva. Gusmardi echoed on the areas that were touched by the previous speaker before taking the audience through the four pillars of the ASEAN Economic Community (AEC) in detail; ‘Single Market and Production Base’, ‘ Competitive Economic Region’, ‘Equitable Economic Development’, and ‘Integration Into the Global Economy’. He then projected trade figures up on the screen to illustrate the importance of the AEC. Gusmardi also brought up the importance of upholding Free Trade Agreements (FTA) with nations beyond the ASEAN set up before throwing a concluding poser to the audience – ‘The Benefits and Challenges for Law Practitioners Embracing AEC’.

The jointly hosted KLRCA-BANI seminar was then brought to a highly satisfactory closure as KLRCA’s Director Datuk Professor Sundra Rajoo presented tokens of appreciation to the speakers.