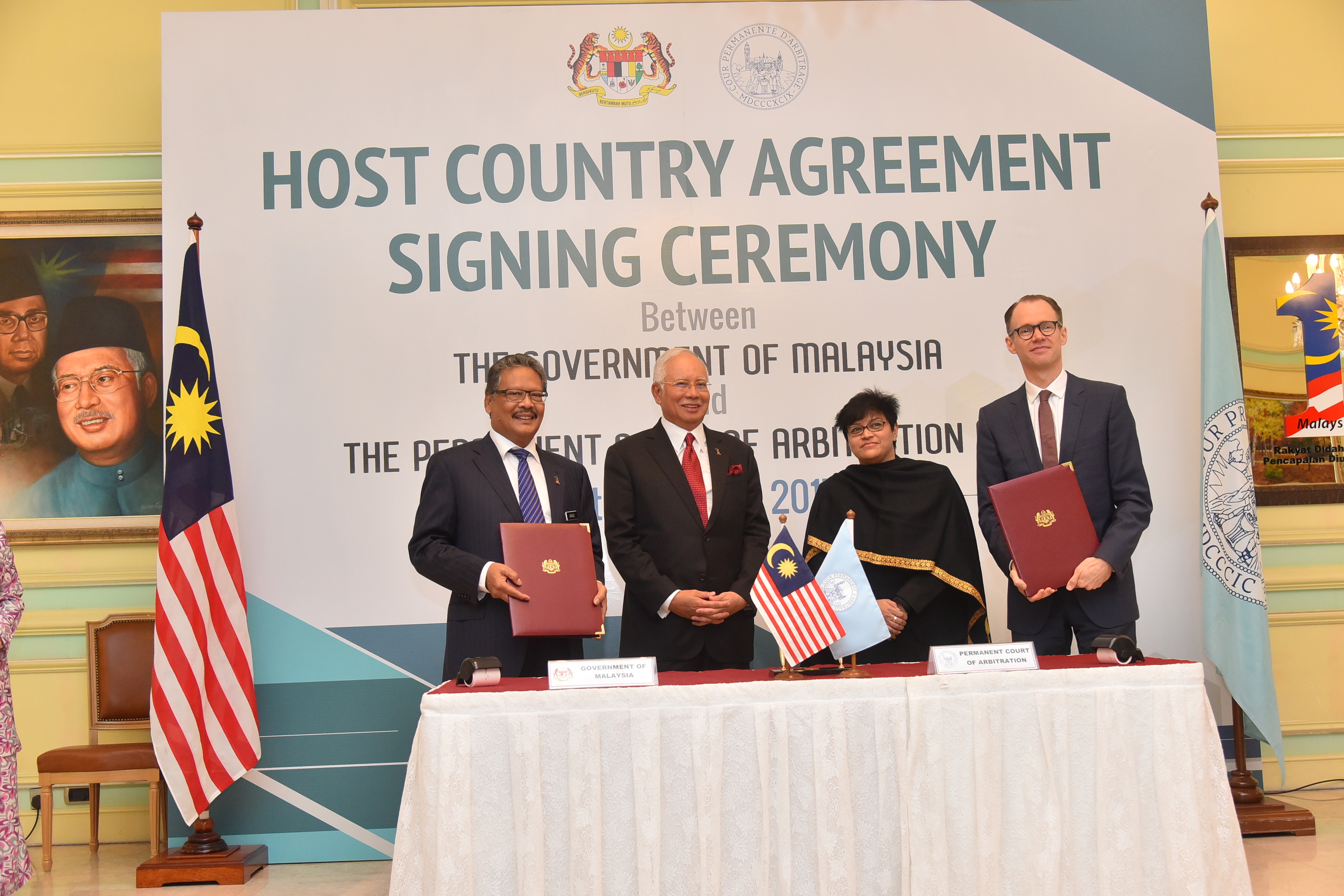 Malaysia and the Permanent Court of Arbitration (PCA) signed a Host Country Agreement yesterday at the Prime Minister’s office in Putrajaya.

The agreement, which would serve to facilitate the conduct of PCA proceedings in Malaysia, was signed by the Attorney General of Malaysia, Ybhg Tan Sri Dato’ Sri Haji Mohamad Apandi Ali and Deputy Secretary General & Principal Legal Counsel of the Permanent Court of Arbitration (PCA), Brooks W. Daly. The agreement is a statement of Malaysia’s commitment to meet dispute resolution needs of the international community.

The ceremony was also graced by the Director of the Kuala Lumpur Regional Centre for Arbitration (KLRCA), YBhg Datuk Professor Sundra Rajoo.

The PCA, established in 1899, is an intergovernmental organisation that facilitates arbitration and other forms of dispute resolution, particularly for disputes involving a State party.

The PCA’s Malaysian office will be based in the KLRCA’s building, Bangunan Sulaiman. Established in 1978, the KLRCA has been spearheading Malaysia’s alternative dispute resolution (ADR) developments. The agreement will further enhance the existing dispute resolution mechanisms under the Arbitration Act and KLRCA Rules by providing a wider gambit of ADR options.

“With the Permanent Court of Arbitration establishing a facility here for the conduct of its dispute resolution proceedings in Malaysia, it is a testament to the great strides made in the Malaysia ADR field in the past years,” said Datuk Professor Sundra Rajoo, Director of the KLRCA.

Bangunan Sulaiman houses state-of-the-art facilities including 22 hearing rooms and 12 breakout rooms which are fitted with modern video conferencing equipment which enables worldwide connectivity, making it ideal for cross-border proceedings. The largest hearing room is able to accommodate more than 50 people during a proceeding.