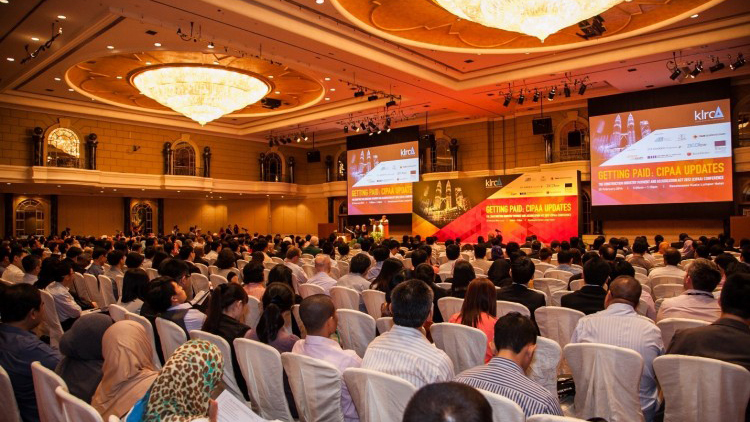 On 25 February 2014, the Kuala Lumpur Regional Centre for Arbitration (KLRCA) together with the Malaysian Society of Adjudicators jointly organized the 2ndedition of the CIPAA Conference.  The theme for the conference was “Getting Paid:  CIPAA Updates.”

The inaugural CIPAA Conference was held on 24 October 2012 at KL Hilton.  It was attended by 450 delegates.  The 2014 conference was held in the Renaissance Kuala Lumpur with more than 1000 delegates from the construction industry and related professions.

“The introduction of this Act will be a great relief for most contractors in Malaysia as it is one of the solutions to delayed payments, non-payment and disputes in the construction sector as disputes could be resolved through statutory adjudication instead of long-drawn trials and waiting period.

“With CIPAA, Malaysia has now joined the likes of the United Kingdom, Australia, New Zealand and Singapore as nations that recognise the importance of resolving payment dispute in a fair, just and expeditious manner,” she said.

The first session of the conference was handled by Ir Harbans Singh.  He spoke on the parameters and application of the CIPAA 2012.  Thereafter, Professor Datuk Sundra Rajoo updated the delegates on the Regulations expected to be promulgated pursuant to CIPAA 2012.

After the networking break, the conference continued with a session on “Effective Management of the Adjudication Process & Enforcement of Adjudication Decisions.”   Lam Wai Loon presented on “Making and defending a claim under CIPAA” followed by Wilfred Abraham who spoke on “choosing an adjudicator”.

The intriguing topic of “Creative Drafting of Construction Contracts” was provided by Ivan Loo.  This presentation was followed by “Enforcement of Adjudication Decisions and Jurisdictional Challenges” by Oon Chee Kheng.

The 2014 CIPAA Conference garnered wide-spread praise from delegates and participants as timely and informative.

CIPAA was first mooted 10 years ago to solve the long-standing issue of delayed payments to contractors and sub-contractors which had caused tremendous hardship to the industry, especially the smaller sub-contractors. Construction Industry Payment and Adjudication Act (CIPAA), was passed and gazetted in 2012. The industry is still waiting for the effective operation date.